12/20/2021
“I recently upgraded to a 20×8 AirRanger after owning/operating many other Florida companies boats that were really just inferior products compared to what Sallie and the crew are pumping out in Orange, TX. These boats are truly Texas made by Texans that know the rigors of the Texas coast and hold up day in and day out to the poundings they take fully loaded crossing the rough bays and dry ground. Not to mention, the handling in sloughs and tight areas is second to none with the chine they use, the excellent rudder throw angles and the “spoon” built into the bottoms of the hull. Big thanks to ladies and gents at American Airboats for making my job easier! Myself and my clients abroad appreciate y’all.”

01/28/2020
“Hello Stan,
I would like to take this opportunity to express my appreciation for the fine airboats that you and your company produce. I have owned two American Airboats since 1998 and I have been extremely satisfied with the performance of these boats in rather tough situations such as unkept pipeline right-of-ways in marshy and swampy areas from Florida to South Texas. I have also put the robust construction of your Airboats to the test in several hurricanes including Hurricanes Katrina, Rita, Ike, and Harvey, accessing areas that could not be reached in any other way in order to rescue stranded people.

One of the points I like about American Airboats is that you are continuously looking for additional ways to improve them. That, along with your company’s willingness to modify your Airboats to fit your customers needs, makes American Airboats a winner. Keep up the great work in producing one of the finest Airboats made.” 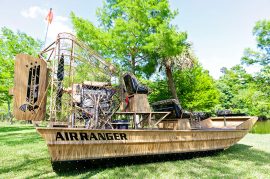 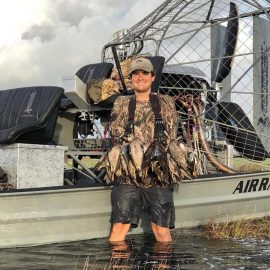 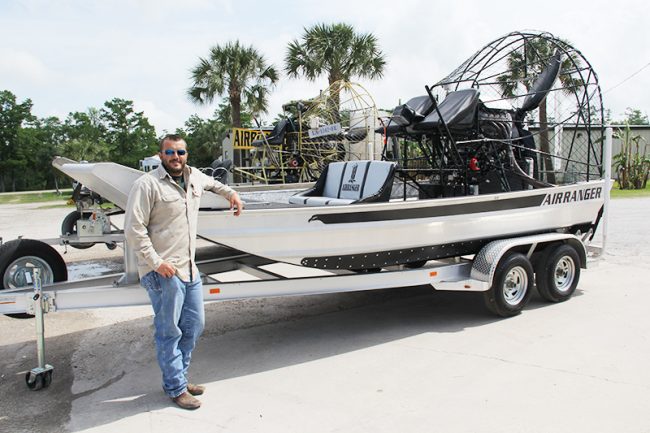